With the hype of revival of traditional Chinese clothing, ‘Hanfu’ recently, i’ve just had to mention ‘Hanbok’ to few of my colleague and they suggested a write up for this topic so here it is…

The meaning of the word ‘Hanbok’ is Korean clothing. The hanbok is the traditional dress of the people of Korea. At the earlier time, the Korean people were used to wearing this dress on special occasions and also when they want to carry formal attire. The hanbok was the traditional attire of the Korean people. People at that time used to wear this attire only whether for daily purposes or on any special occasion. The hanbok was worn by both, male as well as female.

Along with men and women, children also used to wear the hanbok. The hanbok of children consists of Kkachi durumagi and new shoes. At present, the attire is carried by dolls when the first birthday of a baby is celebrated. The jeogori is also included in the dress.

As said above, Korean people used to wear hanbok only. The traditional Korean dress hanbok comes in different styles so that people can classify it for everyday dress, special dress, ceremonial dress, etc. The Korean people wore hanbok attire for 100 years. People have preferred hanbok attire even for everyday dresses because the movement of the body was very easy in that dress. At present, the Korean people wear the hanbok dress only on special occasions and children wear it on their first birthday party. Moreover, the design of the hanbok has been changed though people still wear it with pride.

The hanbok tells many things about a person. For example, the color of the hanbok dress worn by a person tells about his/her marital status and social position. The hanbok in bright colors is worn by the girls and children. The male and female of middle ages wore muted hues. While unmarried women wear red and yellow color and matrons wear red and green color. Those people who belonged to the upper class used to wear multiple colors. On the other hand, common people were used to wearing white, pale pink, gray, charcoal and light green on special occasions.

Style Evolution of the Hanbok

In the earlier time, Korea had three kingdoms, Baekje (15 BC-660 AD), Goguryeo (37 BC-668 AD) and Silla (57 BC-935 AD). The pants worn by the people of the Baekje kingdom were wider as compared to the pants worn by the people of Goguryeo. These people used to carry wider and longer jeogori. The paintings of the earlier time showed that there was no difference in the hanbok dresses of men and women. The paintings showed that people wore skirts long enough to cover their hips along with the shirt and jeogori. The color of the hanbok was always white.

The people of the Silla kingdom were influenced by the Chinese style in the earlier time. The people of the Silla kingdom wore longs skirts along with the long jackets. Later on, the people of Goguryeo brought little changes in the hanbok dress. They started wearing it with a shorten Chima and jeogori. Along with this, they started wearing ribbons and the sleeves were made slightly curved. A gradual transformation was done in the styling of the hanbok by the Joseon kingdom (918-1392). In the middle of the era of this kingdom, people started wearing jeogori above the waist.

As said above, the jeogori reached to a shorter level and women of the Joseon dynasty started wearing it up to the breasts only. Those women who have an honorable social background started wearing heoritti. Heoritti is a long piece of cloth which is worn for covering the breast. The people from the lower class started avoiding heoritti. They did so for indicating that a son is born in their house. This was also helpful in breastfeeding. Later on, the size of the skirt started changing. The size of the skirt started becoming shorter. In the 19th century, people started wearing skirts up to the ankles and knees. The shape of the chima became A-shaped and triangular.

Not too many changes were made in the traditional korean dress hanbok of the men as compared to women. Before the 19th century, the men of the Yangban class of Korea always used to wear jungchimak while traveling. The sleeves of the jungchimak dress are very long and the lower part was divided into two parts. Many people think this dress as very fashionable. On the other hand, the dress was vanity to many people named stoic scholars.

Moreover, the Durumagi was used to wear underneath the jungchimak dress. At that time, it was just worn as an everyday dress, but later on the durumagi replaced the jungchimak. People started wearing durumagi as a formal dress and on occasions too. The sleeves of the durumagi dress were tighter as compared to the jungchimak. The dress is also not divided into two parts. The size of the dress was shorter than the jungchimak. The hanbok of the men didn’t change too much until the introduction of durumagi.

The word which is used for all the formal attires which was worn by the officials of government is Gwanbok. People continued to wear it from the Silla period Joseon period. The Gwanbok at that time was categorized into different types based on the rank, status, and occasion of the person who has worn it.

The types are listed below:

The Beauties of Hanbok

Here are some things about the hanbok dress which makes it more beautiful and attractive. They are listed below: 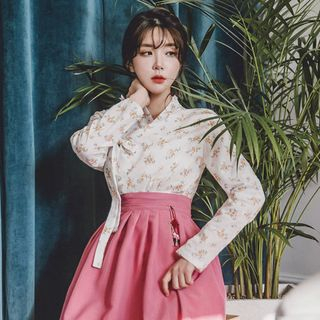 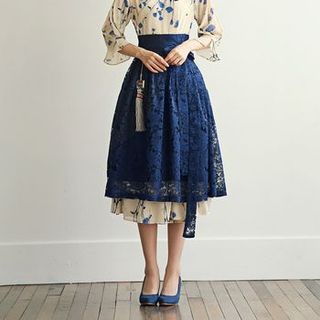 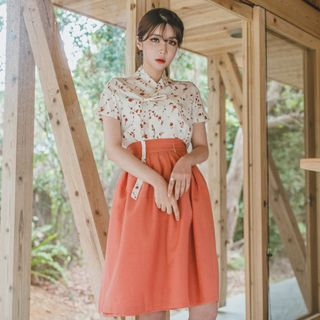 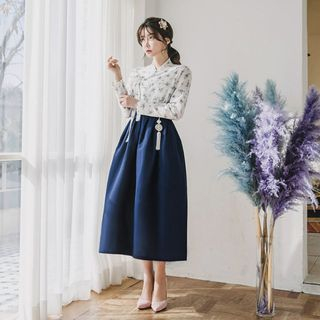 The hanbok dress is very much liked by the women because of its structure. As said above, the women wear long skirts with shirts which beautify the movement of their body.

The hanbok dress gives a natural look to the person who wears it. The lines and silhouette attract people most.

The hanbok dress is made with more simplicity as compared to western dresses. A flat fabric is used for stitching the hanbok dress. The shape of the dress is linear which gives an elegant look to the person as well as to the dress.

The hanbok has curved as well as linear lines over it which makes it very beautiful. The hanbok represents the Korean aesthetic.

The colors of the hanbok dress generally are those colors which occur naturally. The color of the dress is decided by the theory of five colors.

The linear shape and the loosing of the hanbok dress makes it very much attractive. The hand-woven fabric of the hanbok is very natural and outstanding. The volume also of the dress also becomes non-uniform when worn by the women which gives a pretty look.

The beauty of space

Some portion of the hanbok dress is always left empty. This is done so that the person can design something in the dress on their own if they want.

The beauty of personal character

Get back to the past: The Revival and Modernization of Ancient Chinese Clothing

Visit the Fashion Archives now!
KoreanDresses.com - South Korean Dress Fashion and StyleWe have list of Korean dress and clothing style that celebrity wore and similar clothing style that is affordable than the expensive luxury branded one.http://www.koreandresses.com2009-2020